Good question, one we’ve been asked a lot since we stepped out in faith in this adoption journey.

Haiti is not a country to which Josh or I have any connection. When we thought of the possibility of international adoption, we assumed it would most likely be a country in Africa because we both have connections in different countries there.

I had been asking God to have an adoption agency contact us and within 24 hours of my latest prayer, I received an email from an agency we had contacted a couple years ago when we lived in Pennsylvania.  They needed families for some of their international programs. I began emailing back and forth, trying to figure out the eligible programs for us. It came down to Haiti or India.

So, I began praying over these 2 countries asking God which one… it didn’t seem like either one could be a wrong choice.

As I was praying and waiting for an answer, God began to remind me of some of the ways He had answered our questions about where and when to adopt.

When we lived in Pennsylvania, I had asked God who we should adopt and He said, “The least of these.”  I asked Him what that meant.  Who were the least of these in the context of my prayer?

As we talked with the international adoption agency, the case manager told us that Haiti is the poorest country in the Western Hemisphere.  The phrase “the least of these” came back to my mind. Then one day while I was driving the song “Kings and Queens” by Audio Adrenaline came on the radio.  When I got home I looked up the song and watched the music video.  It is filmed in Haiti and the focus is precious Haitian children.  The words “When we love, when we love the least of these” reaffirmed what God was telling me.

I knew what God was asking and I thought it was too hard.  Adopting from Haiti is very expensive.  Josh is a pastor and I am primarily a stay at home mom with some side gigs.  Haiti is a 2-trip country, and I do not like that.  The wait to adopt a child from Haiti is long, and I do not like waiting.  I wanted to bring another child into our family years ago.  But God had a different plan.

I went to talk to Josh about adopting from Haiti after our kids had gone to bed one night.  I thought Josh would see things like I did and see it was too hard.  But do you know what he said?  He said, “If this is what God wants us to do, we’ll do it.”  And so I cried…a lot.  I went over all my reasons with Josh as to why this was impossible.  Josh was being so chill.  He said, “If God wants us to do this, He will provide.”  I was reminded how the previous summer at the end of one of our pastor’s sermons he had said, “Ask God to do something you think is impossible in your life.”  I had asked God to make an impossible adoption possible.

I was so afraid to take the first step, and so I asked God for one more sign that we should start the path to adopt from Haiti (I know I was being like Gideon here).  I did not know how long we would wait for His answer.  But I had asked for Haiti to be seen or heard in a big way.  Within 48 hours, it was all over the news…. a (alleged) comment had been made about Haiti by someone pretty high up in the U.S. government.  I heard and saw HAITI in a big way.

The next day we submitted our application and the first of many payments.   We are now a little over a year into the process since submitting the application.   Every time a payment has been due, God has provided through family, friends, church family, or friends of friends.  He has given me a friend also adopting from Haiti!  She has been a tremendous emotional support during this season.

Now we wait…some days patiently, some days not so patiently, praying for God to make the impossible possible! 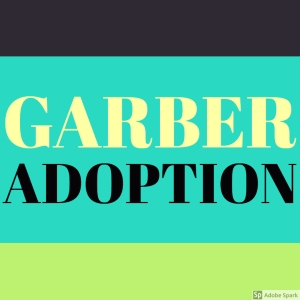